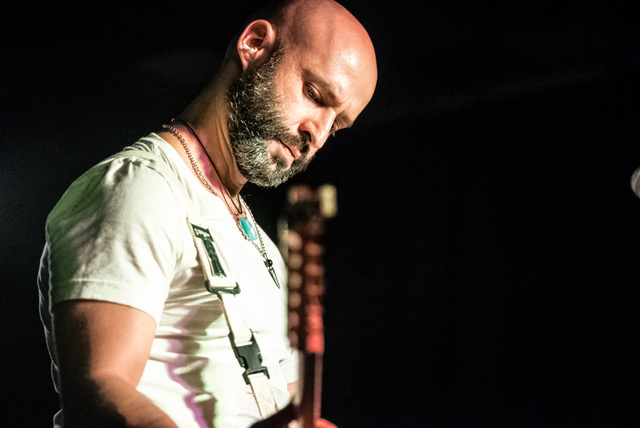 Nelson Navarrete is an American composer, producer, and guitarist born in Bogotá, Colombia. First picking up the guitar at eleven years old, Nelson was mainly self-taught until deciding to devote his life to music at age eighteen. In 2004, while attending Berklee College of Music in Boston, Nelson developed Task-Specific Focal Dystonia in his hand. After years of therapy and struggles to reverse the condition, he was forced to relearn to play guitar as a lefty in 2017.
As a composer, arranger, and producer, Nelson’s credentials include seven albums of original music, original scores for TV shows and mobile games, and numerous commissions by Les Terrasses Ibiza, Lulu Gainsbourg, Lynn University, Dr. Jon Robertson, The Nathan Cole Foundation, and The Florida State Music Teachers Association. He holds a Bachelor of Music from Berklee College of Music and a Master of Music Composition from Lynn University. Nelson lives in Bloomfield, New Jersey with his wife and one-year-old son.
Bring a blanket or lawn chair to enjoy this concert on our formal garden lawn.
+ Add to Google Calendar+ Add to iCalendar